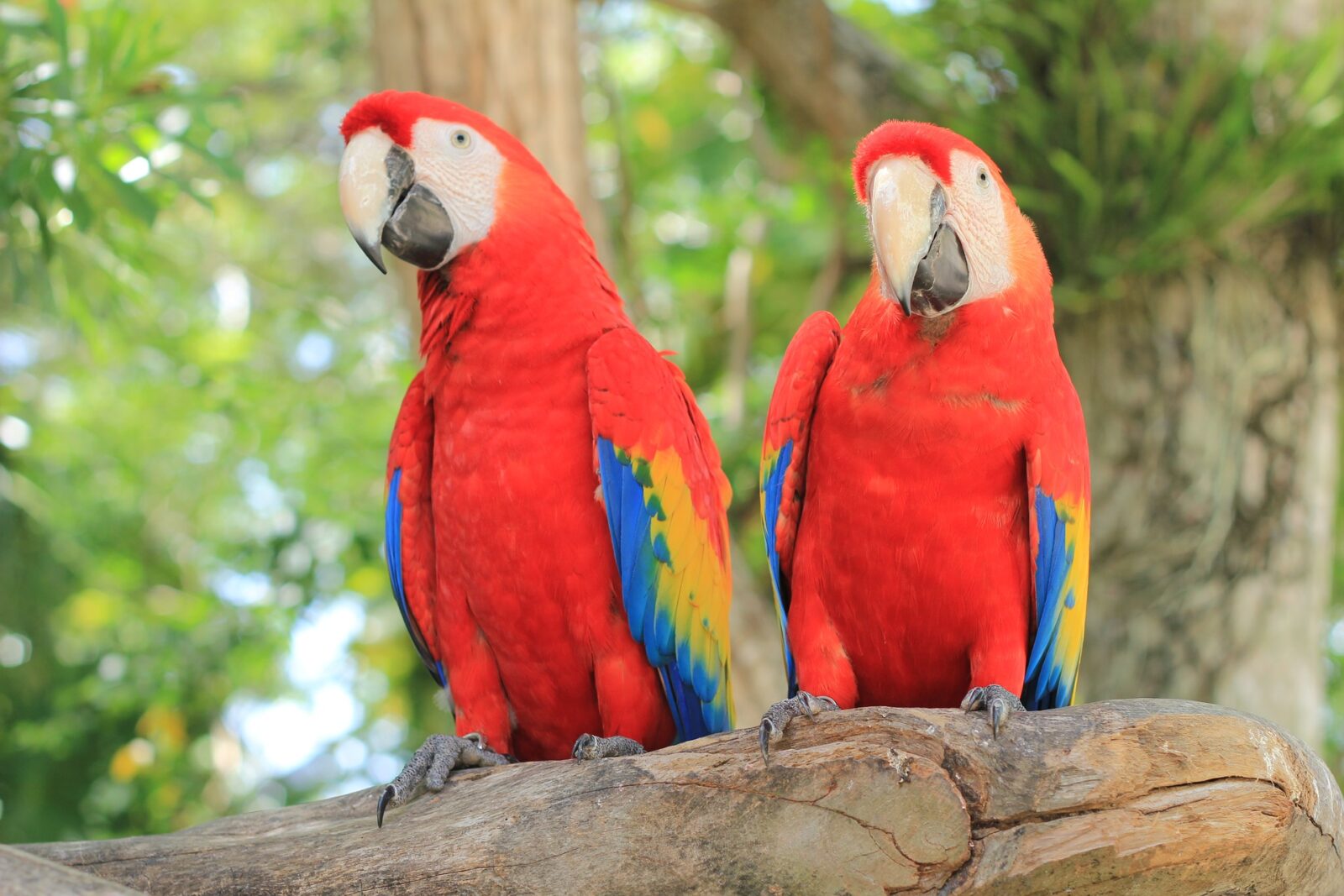 Are you curious to know where do macaws live? Do you want flooded information about the habitat of macaws? Do you want some tips regarding macaw’s behavior? If yes, then go through the article, “Where Does a Macaw Live?” So, let us start our article.

The macaws are beautiful and lovely birds. To provide your macaw an environment close to its natural one. You must know about a macaw habitat, the regions where they are found, and the types of trees they live in.  So, just scroll down and make yourself filled up with the necessary information about macaws.

Where Does A Macaw Live?

Macaws are native to Central America, South America, North America (only Mexico). They formerly lived in the Caribbean.

However, the rainforest of South and Central America is their most renowned habitat. Some macaws also live in woodlands and savannah-like habitats (the tropical and subtropical plains).

The blue and gold macaw habitat is the Eastern Panama, Paraguay, Bolivia, some parts of Brazil, and the Northern regions of South America.

They prefer living in wooded areas that are close to water bodies. They usually spend the whole dry season in the forests.

The red-shouldered macaws live in the low lands, savannahs, and marshes. They are inhabited in the areas of Brazil, Peru, Bolivia, and Venezuela.

The scarlet macaws habitat is humid green lands. They are found in the areas of Mexico, Trinidad, Peru, Bolivia, and Brazil.

The enhanced trend to keep macaws as a pet has forced them to consider cages as their habitat. However, measures can be taken to make the man-made habitat, the most suitable for these birds.

What Is The Habitat Of A Macaw?

The rainforests of Central and South America are the native habitats of macaws. Their vibrant colors and enchanting beauty are well adapted to these rainforests.

The colorful flowers, fruits, and green canopies are suited to the gorgeous colored macaws. Their strong beaks allow them to crack open nuts and seeds in the rainforests.

The bony tongue of macaws is scaly and dry, which is an adaptive tool to open fruits. The 4-toed feet of macaws help them to perch on trees and hold onto branches.

Their feet are similar to humanoids. They can grab, and examine the items, by holding them in their toes.

All the features of macaws are so beautifully patterned for their best living in the green-hoods of the rainforests.

Where Is The Macaw Found?

With the sudden drift to keep macaws as a pet, their habitat has also spread out largely. The captivated macaws are found almost in all parts of the world.

Captivating a macaw is not a bad thing until you have a bad instinct. Some pet risers keep them to make their hybrids of specific colors.

Many pet lovers have captivated them to quench their love for these lovely parrots. They do so by providing the best shelter, food, love, and care to their macaws

The black marketers and mafias are a great threat to the existence of macaws. Despite the government, we as good humans should play our part to conserve them.

What Kind Of Trees Do Macaws Live In?

The Aguaje Palm Trees are the best trees, for the Blue and the Gold macaws to make their nests. They live at the edges of the forests and daily fly to the tropical areas to get their food.

The Red-and-Green macaws live primarily by nesting in the emergent Dipteryx trees. The difference in nesting trees is due to the size differences of the macaws.

The Scarlet macaws have the broadest nesting niche. They make their nest in the tall deciduous forests. They prefer living near water sources.

The Hyacinth macaws are sometimes housed in the holes of riverbanks.  Five species of macaws, with hundreds of individuals, were found in the Manu National Park in Peru, to eat mineral-rich clay of riverbanks.

There are about 17 species of macaws. Out of them some are threatened with extinction risks, while some have been extinct now.

Many species of macaws are endangered while some lie in the critically endangered zone. All macaws have been entered into the IUNC Red List of Threatened Species.

The IUCN has also declared the Spix’s macaw to be extinct in the wild. The Hyacinth macaw is endangered species. The Glaucous macaw lies in the darkness of critically endangered macaw species or they have been extinct now.

What Does It Mean When A Macaw Bobs Its Head?

There are several reasons behind the head bobbing of macaws. They can be angry, hungry, bonding with you, drawing your attention towards them, or excited. These are amazing macaw facts regarding their behavior.

You should know why your bird is doing so, then you can respond to your bird to remove his difficulty.

Your bird may bob his head to tell you that they are not liking something around them. They can be angry with you due to insufficient attention.

The baby birds often bob their heads to tell their parents that they are hungry. If you get that sign, then bring some good food as well as treats for your macaw, so he will be happy.

The baby macaws bob their heads to get food. So, they may take this signal to get your attention even when they become elder. Whenever you saw your bird bobbing his head, spend some time with him.

Otherwise, he has to express the same emotions by aggressiveness. Play some games with your bird and socialize with him, so he will feel better. Talk to him in a politer tone.

Macaws may also bob their heads to show excitement. There can be certain reasons behind the excitement. Whether they are excited for the treat meals or even music can make them feel excited.

There can be several reasons behind the head bobbing of macaws. When your bonding will get stronger with your bird, you will develop a better understanding of his ways of expressing his emotions.

Macaws usually do not like cuddling, especially they do not allow strangers to do so. The baby macaws brought up with physical affection may love cuddling, as they love and trust you.

However do not accept the same with an adult macaw, you have recently brought home. He can be as sweet and gentle as a domestically-raised macaw, but you have to win his trust first.

Macaws love to be near their owners. They usually feel content by sitting on their shoulder, but cuddling is not usually liked by them. However, it is up to you to make them used to it.

How Do You Bond With A Macaw?

It is a bit time-taking and skilled process to bond with your macaw but can leave you with a life-long friendship with this feathered bird.

Soft and proper handling of a macaw is very essential at the beginning. You can help him itching, where he can’t reach easily.

He will appreciate head scratches. Give him some time to mate with you. Allow your bird to spend out-of-cage time in a closed and secured room. Keep the time minimum at first and then gradually increase it.

If your bird is not ready for it, then leave him in the cage and allow him to get used to the new surroundings.

Feed your macaw and play with him daily, at the same times of the day. Leave your bird alone for some time daily and gradually increase the duration. This will keep your bird calm even when you are away.

Ask your other family members to play and serve treats to your bird. He will become used to their presence, as he loves socializing.

Try to understand your macaw’s emotions. Though each individual has his way of expressing feelings. But some of the signs are similar, so get greater knowledge about their behavior.