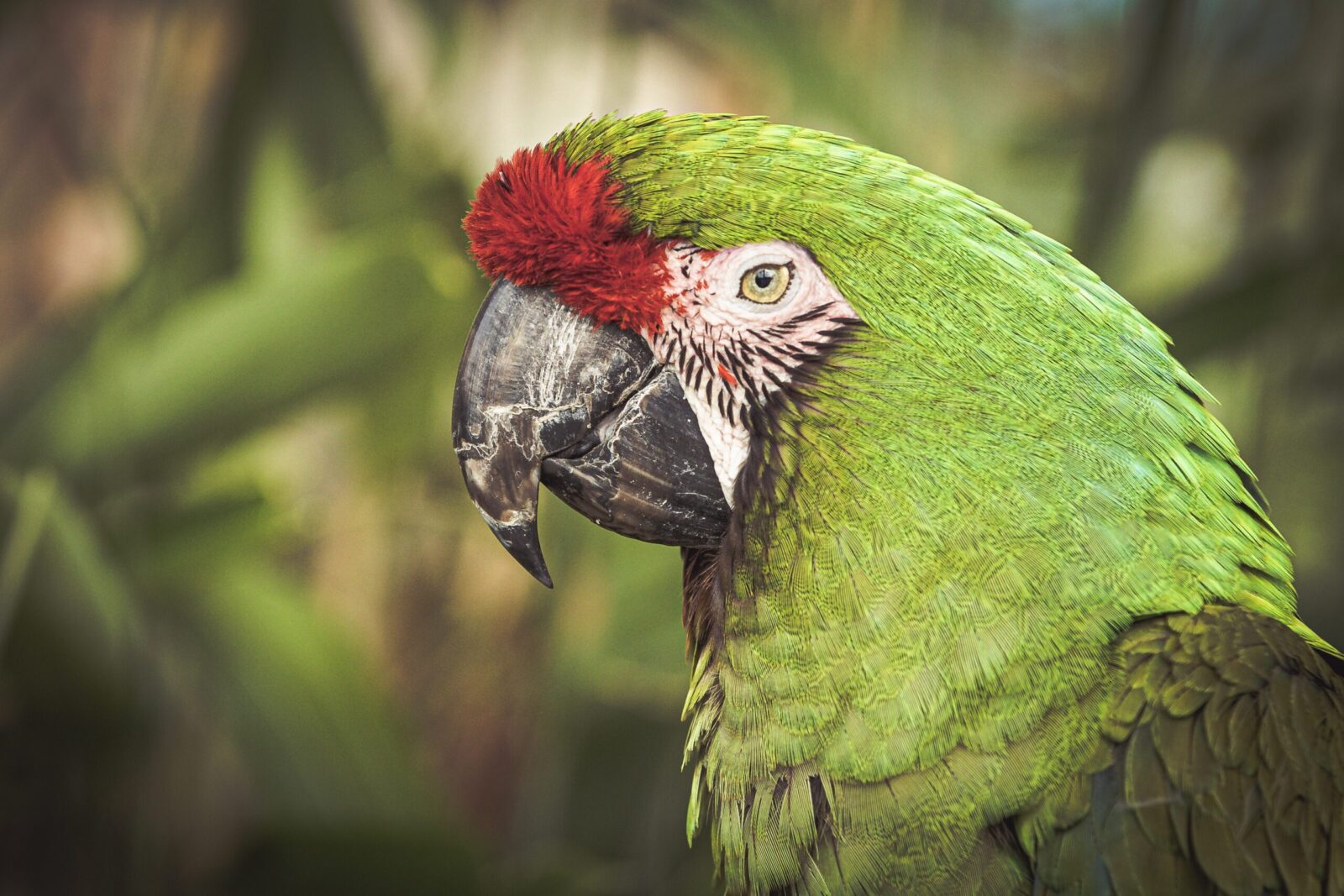 Do you want a green wing macaw as a pet but don’t know about its characteristics? Don’t worry, you are at the best website. Here all your queries will be answered. Macaws as pets are wonderful birds but only when you are an experienced owner, keeping green wing macaw as pets, you will never regret your choice.

If you want to know how to keep green-wing macaw as pets then follow this article. In the end, you will develop skills to handle this bird comfortably and I guarantee it.

As pets the green wing macaw temperament is good. They are social animals and can easily become friends with their masters. They are among the intelligent species of birds. They can easily learn to do different types of tricks.

Green wing macaws eat high quality seeds and mixture of pellets. They are lovely birds who like having meals at the family time. They also like to eat cooked chicken chunks. These birds also like to be hand fed by the master.

Green wing macaws are also known as “Gentle Giants”. They are super friendly and social creatures who love interaction. These birds are deemed to be one of the most talkative pets. The green wing macaw temperament makes them the most wanted pets. Their bright and vibrant appearance becomes a source of enticement.

The screams of macaw can not be tackled easily by ordinary people. They need professional treatment. Green wing macaws often become aggressive. They have good vocals with high pitch. They are not good at mimicking but can do well if trained with patience and consistency. They are very responsive and sincere towards their masters.

Green wing macaws are boisterous pets. When handled properly they show pleasant behaviour. Pet specialists say that it is better to research the lifestyle and food guide of green wing macaw before getting them as these birds require professional services.

Its calm disposition, vibrant plumage and temperament makes it the best family pet. These macaws pose a serious risk to the families having children. Their bite can be dangerous to the children and even adults  sometimes.

Their vibrant, colorful appearance draws everyone’s attention. Harlequin macaws are highly social birds and can be kept as family pets. Macaws have high vocals which make them social. This characteristic makes them a complete family pet. Every pet needs attention, if you have space and well interactive members then macaw is the best bird you can have for your family.

Are macaws good pets for beginners?

Macaws are tackled by professionals. It would never be a good option to get a macaw if you are a beginner. Initially one needs a lot of effort to get a macaw. Green wing macaw size requires a big sized cage to be kept which makes it difficult to handle.

Macaws when young can be easily made a pet. Adult macaws become vicious. For keeping a macaw one needs a lot of experience. Once you are an expert you will enjoy every moment with your pet and would easily tackle any situation calmly.

A green wing macaw price ranges between 3000$ to 4000$. This price is quite high for a beginner. It’s better to have some experience first before getting your hands on such an expensive yet wonderful bird.

How long does a green wing macaw live?

There is a myth that large-sized macaws live upto 80-100 years. This is all wrong and rumors spread by people.

The actual green wing macaw life-span is 60-65 years in captivity. Their age while being in the cage is higher than in the wild.

The green wing macaw life-span in the wild is very low and is around 30 years. The age of a harlequin macaw is in between 40-60 years.

Every bird when teased gets irritated easily. A macaw is a pleasant bird. When irritated it becomes aggressive. This might result in an aggressive bite. A macaw’s bite is not dangerous at all. The strong beak looks so sharp but it’s actually not.

The bite can cause an infection because there might be some bacterias in the saliva of a macaw. This won’t be fatal. When it happens, clean your wound, rinse it with water, dry it and use a disinfectant. The wound will be cured easily.

Macaws are stubborn most of the time but they are note arrogant. They are playful and lovely pets who love interacting with their masters. There maybe some reasons for aggression of macaws as follows:

Sometimes macaws usually show a mood of bellicose actions. They often get irritated and start chewing the nearest stuff. This stuff includes the toys and even the wires near the cage. This act might result in severe injury as a result of electric shock.

In order to prevent aggression in macaws, try to build a comfortable environment with a good owner-pet relationship. Try to socialize with your pet and avoid yelling at him. Never touch your pet forcefully. Build a solid relationship full of trust and see the magic, how your bird becomes happy.

Macaws are charming and delightful birds. Either it be green wing macaw, hyacinth macaw or a harlequin macaw. For keeping a green wing macaw as pets all you need to do is learn some skills and become expert in tackling macaws.

This article has all the details about the behavior of macaws, their attitude towards their masters, and their lifespan. Get yourself a green wing macaw and enjoy every moment with your gentle giant chatterbox.

Author: Mehrosh Ahmer
Hi, this is me Mehrosh Ahmer and an expert content writer and have been writing for many months, further more! Since my childhood, I’ve been a zoophilist. I also have pet parakeets so I love writing about them too. I hope these articles help you learn all the stuff you wanted to. They will make you a professional parakeet owner for sure!