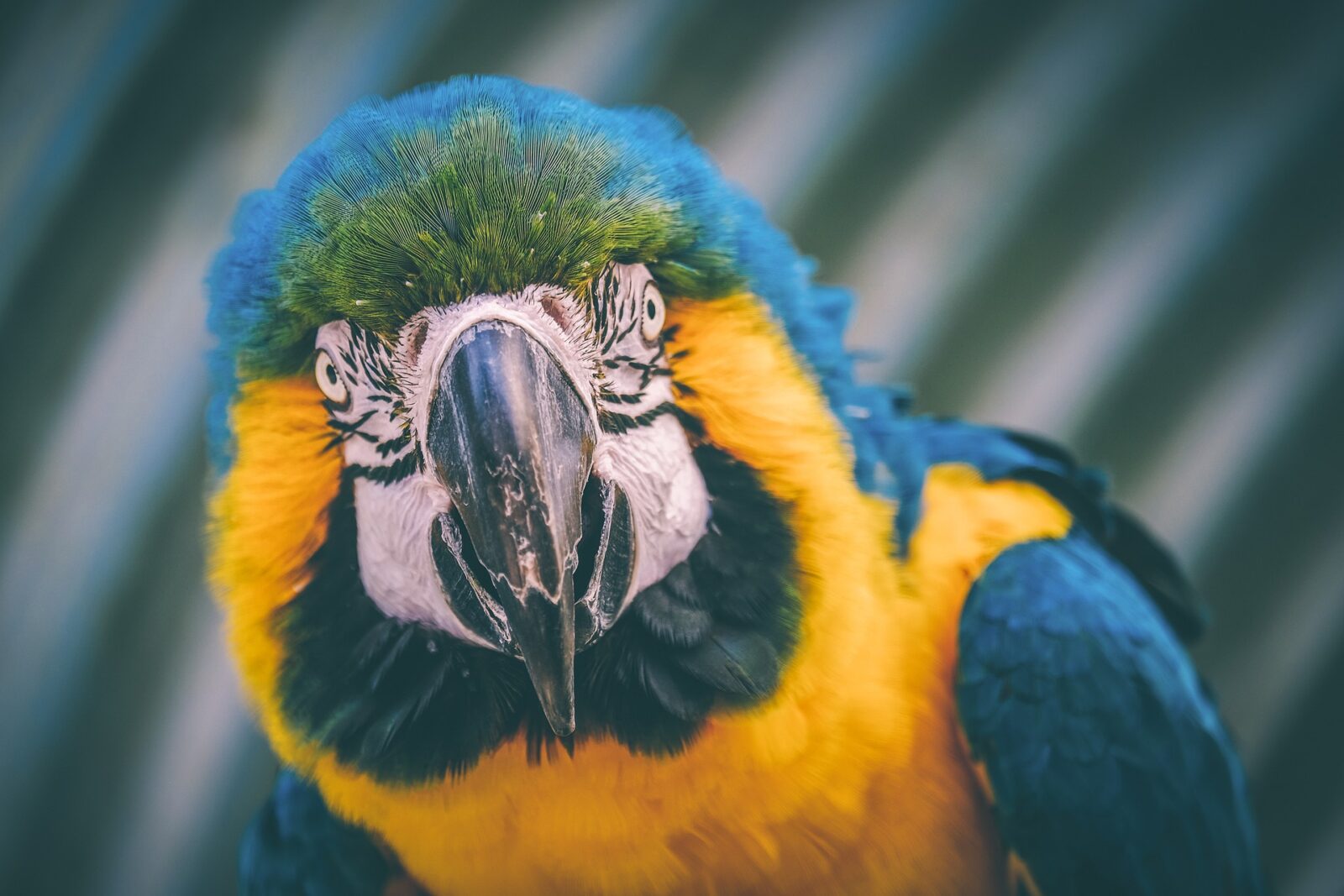 Are macaw parrots long-commitment birds? Do you want a life-long company of your macaw parrot? Are you in search of a macaw parrot with the longest lifespan? If yes, then go through the article “Lifespan of a Macaw Parrot”. You will have all the information regarding the lifespan of various species of macaw parrots. So, let us begin.

Lifespan of a Macaw Parrot

Here we will discuss the average lifespan of various species of macaw parrots however, certain exceptional lifespans are above board.

The scarlet macaws are considered one of the loudest parrots. Scarlet macaw lifespan is 40 years in the wild however, it can increase to 70 years in captivity. The average lifespan is about 50 years.

The Hyacinth macaw lifespan is 50 years in the wild and 60 years in captivity. They are the largest parrot from the macaw’s family.

The glaucous macaw parrot is an endangered species. They have a lifespan of 12-25 years in the wild. However, it is close to 25 years in captivity. As they are rarer so their lifespan is not well recorded and can even live up to 50 years; the average lifespan of a macaw parrot.

The Lear’s macaw parrots have a lifespan of 30 years while in captivity their lifespan is 60 years.

The green-winged macaw parrots are the second biggest among the macaw’s family. They have an average lifespan of 30 years in the wild. Reaching the age of 70 years in captivity is not an unfamiliar thing for them.

The Spix’s macaw has been heard to be extinct in the wild. They have lived up to 28 years in the wild. However, they can have an average life of about 40 years in captivity.

The Cuban macaw has been extinct now.

The Great green macaw is lying in the category of endangered species. They cannot even live for a maximum of 10 years in the wild.

The Lesser Antillean macaw is considered to be hypothetical extinct birds. There is no recorded sighting of them since long ago, so there is no data regarding their lifespan.

The Saint Croix macaws have an average lifespan of 50 years, but they have been drawn to the darkness of extinction.

The blue-headed macaw has a lifespan of 20-30 years in captivity. However, they are hard to find in the wild. There they have an average life of less than 10 years.

The Blue-headed macaw has an average lifespan of 15-20 years in the wild. Their lifespan can increase to 30-40 years in captivity.

How Long Do Macaws Live As Pets?

As pets, certain factors that can affect a macaw’s lifespan, have been mentioned in the next section. Now, let us discuss the lifespan of various species in captivity.

The scarlet macaws have an average lifespan of 40 years in captivity while blue-throated macaws live for 40-50 years as pets.

The blue-headed macaw has 20-30 years while the red-bellied macaw has 30-40 years of natural life in captivity.

There is no proper recorded data regarding the lifespan of the Lesser Antillean macaw and the Saint Croix macaw as pets.

The Spix’s macaw has an average lifespan of 40 years while the Great green macaw can live for 10 years at the most.

The Green-winged macaw can touch 70 years of age usually. The average 60 years lifespan of the blue-and-yellow macaw is a matter of good care and a balanced diet.

What Factors Affect a Macaw’s Lifespan?

Except for the wild macaws, the lifespan of captivated macaws is influenced due to bad nutrition and improper housing.

Due to inadequate knowledge macaws are fed fat-enriched diet i.e. seeds in greater quantity. Such a diet can cause obesity, kidney failure, atherosclerosis, and hyperlipidemia.

Some macaws are kept in small cages, so they have less space to move and exercise. It is also a serious issue and may induce heart diseases and obesity in the birds.

The macaw pets face fresh air deficiency. This makes them vulnerable to respiratory issues. Their exposure to aerosolized agents like cleaning agents, smoke, and other chemicals is also harmful to their health.

The macaw parrots in captivity often face vitamin D deficiency. They do not get the UV sunlight to synthesize Vitamin D in their skin.

They fail to absorb calcium from their diets, which results in brittle bones. Such birds can get fractures easily and frequently.

The macaw pets may face accidental traumas due to less space to fly. They may run into the windows, doors, and ceiling fans. They sometimes become prey to other birds like cats and dogs.

The above-mentioned factors can largely affect a macaw’s lifespan. So, make sure to eradicate such factors, to have an elongated and healthy affiliation with your bird.

Can Parrot Live For 140 Years?

140 years old is a very big score for parrots, and none of the parrot’s family has heard of having such a longer lifespan yet.

We can say that 140 can be the maximum age of parrots. However, a blue and the gold macaw has lived for 114 years.

That blue and gold macaw named Charlie, was heard to belong to Winston Churchill, the prime minister of England during World War II. Charlie spoke curses against the leaders of World War II Hitler and Nazi.

A Turkey Buzzard has lived an age of 118 years as declared by the Forest Preserve District of Cook County.

The amazon parrots can have an average life of about 25-50 years. The African Grey parrots have heard to have a lifespan greater than 60. But again I would say that 140 years is a very big lifespan for a parrot.

Yes, macaws are good pets or even the best pets, but not for beginners. Macaws are affectionate and intelligent, but there are some certain dark secrets of the macaw’s personality. You should go through them before keeping them as a pet.

They are also loud, aggressive, stubborn, and they need a lot of space. Macaws are good pets only if you are a good owner and have the skills to handle such a bird.

Before keeping a macaw as a pet there are certain prerequisites, you should go through.

Macaws are social birds and they love to vocalize, but they can be ear-splitting loud. You can keep them if you can bear such loudness, till you teach them to talk not to scream.

Macaws are attention seekers. They are clingy birds, and they love to be with you all the time. They have a strong bond with their owners.

In the wild, macaws remain all the time in the flocks, so they want the same interaction with you. Leaving your macaw in a room alone, can make them aggressive and loud.

You have to spare sometime for your macaw each day. You can spend that time talking to them or doing other interactive activities.

Macaws are extremely intelligent. They can sometimes try to outsmart their owners. They sometimes go beyond their boundaries. You should be ready for these kinds of mental challenges.

How Old Is The Oldest Macaw?

The oldest macaw was heard to have an age of about 114 years. That macaw was from the blue and gold species. He was named Charlie.

It was a controversy that he belonged to Winston Churchill the prime minister of England during World War II. However, the administrators of Chartwell property and his daughter refused such allegations.

Wisdom, a Female Laysan Albatross present in Marine National Monument, Midway Atoll, and a U.S. territory, was 68 years old in 2018.

Poncho, a Female Greenwing Macaw was 92 years old in 2018. What a longer lifespan! Let’s see what will happen in the future.

However, none of the birds has heard to have such a larger lifespan of 200 years.