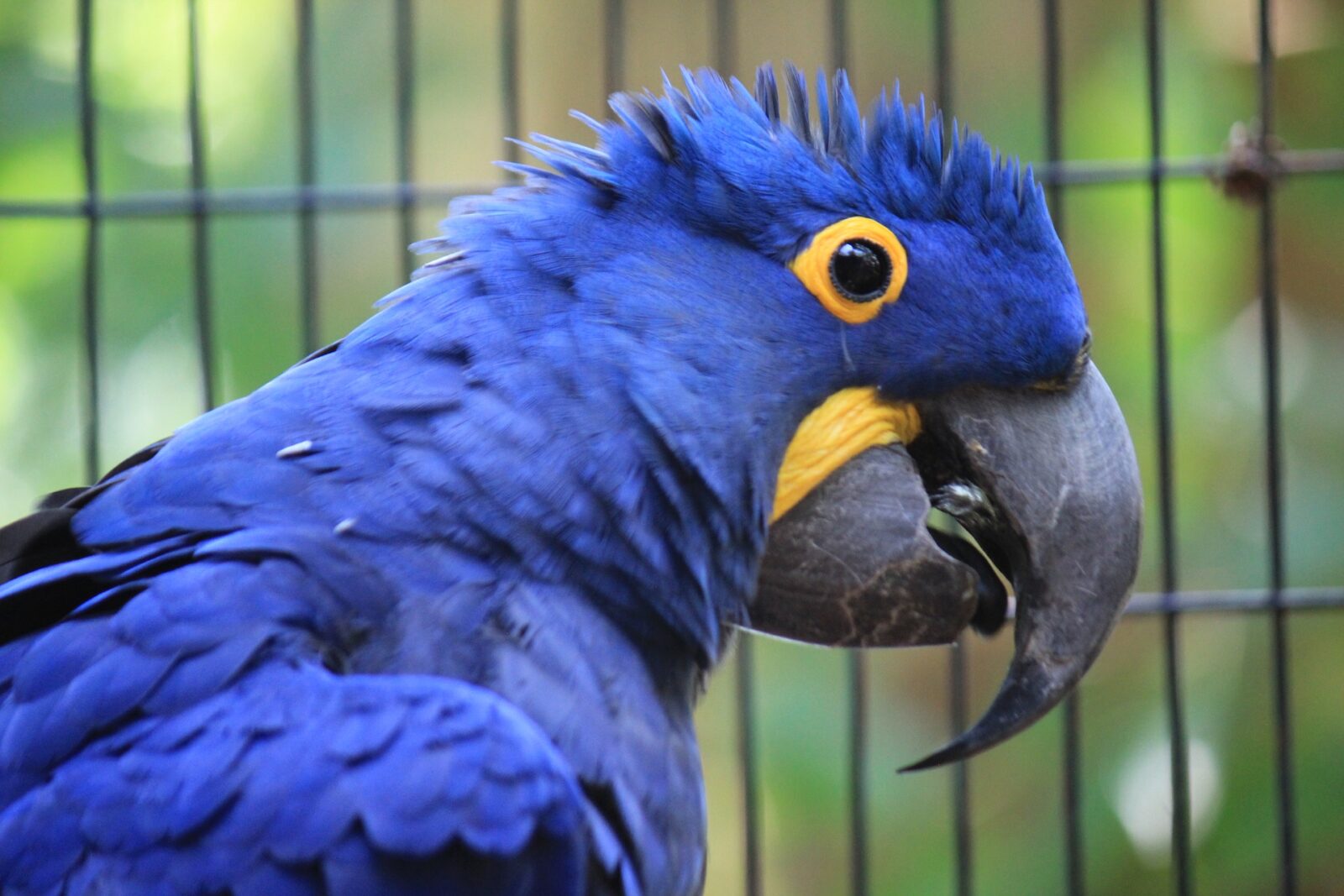 Are you worried about what to feed your hyacinth macaw? If yes then let me tell you that the article “What do hyacinth macaws eat?” has answers to all the questions and queries you were looking for.

Hyacinth macaws are intelligent, cobalt colored birds with an eye catching contrast of yellow color. They are great pets for skilled people. They are too specific in their food choices. This characteristic makes them difficult to handle. No doubt it’s very tough but it is all worth the efforts.

Every bird needs a healthy environment to live. This means a good diet will lead to a healthy hyacinth macaw with longer lifespan. Here, I’ll tell you about all the stuff macaws can eat along with their other details. Read it thoroughly and develop your skills to become a professional macaw owner.

What do Hyacinth Macaws Eat?

The largest parrot of the world, Hyacinth macaw is found in the lands of South America. They are very particular with their diet. Hyacinth Macaws have a very strong and sharp beak which helps them to crack nuts easily. A major portion of their diet is covered by nuts from native palms.

They usually eat nuts from the acuri and bocaiuva palms. They also like to eat fruits, seeds and veggies. A person having a hyacinth macaw must be professional in keeping pets. This bird can also eat cashews, walnuts, almonds and other varieties of dry fruit nuts.

A hyacinth macaw lifespan varies with the diet. A healthy and balanced diet will lead to a longer lifespan. They intake the food which is rich in fats. The fats digestion boosts up their metabolism.

If you are planning to have a hyacinth macaw then do complete research on food, shelter and other basic needs of the bird so that you could easily handle any of the situations with your pet.

Can You Have a Hyacinth Macaw as a Pet?

Experience is all you need to have a Hyacinth Macaw. Highly professional experts can easily tackle it but freshers need a lot of skills to have this giant bird as a pet. The hyacinth macaw price is quite high as compared to other birds due to their vibrant appearance and giant size.

These birds are known as “Gentle Giants” which are not too easy to handle for the beginners. These birds require a specific kind of diet which includes the rich fatty nuts. Considering the size they require a spacious room in captivity.

They are intelligent and can also mimic their owners. They are high maintenance pets which can only be kept in captivity by professional people. If you are skilled then this bird is one of the best pets one can have. Normally hyacinth macaw price varies from 8,000$ till 12,000$. On an average the hyacinth macaw price is 10,000$.

What Food Can Kill a Parrot?

Parrots are affected badly by some foods. Caffeine is something that tastes really well but giving it to your pet even for a sip can cause serious health issues as it results in hyperactivity.

Some types of avocado can cause direct death of parrots. This is because avocado contains persin (a fatty acid) which causes heart diseases, respiratory diseases and sometimes may cause sudden death.

Apple seeds are too toxic for pet birds as it contains cardiac-toxic cyanide. This severely affects the functioning of the heart leading to death. Onions and garlics can also cause ulcers in birds causing an upset stomach.

The salt intake must be less because high amounts of sodium chloride can cause severe dehydration in the body of birds leading to death sometimes. You should always avoid giving chocolates and alcohol to your pets. All of the above mentioned food items must be avoided for a healthy and increased hyacinth macaw lifespan.

How many Hyacinth Macaws are Left in the World?

How long do Hyacinth Macaws Live in Captivity?

The hyacinth macaw lifespan is around 50 years in the wild. This time period is comparatively higher in hyacinth macaws as compared to other birds. Captivity affects the age of every bird and usually decreases it. In the case of Hyacinth birds, this condition reverses.

There is a usual increase of about 10 years in captivity than the average age. The hyacinth macaw lifespan in captivity is 60 years on average.

Macaws are the biggest parrots on earth covered with bright blue plumage. They reach approximately 39 inches in height and weight around 1.5 to 1.6 kg. Their incubation period comprises 29 days. They have a clutch size that carries 2-3 eggs. They achieve sexual maturity after 2 to 4 years.

There is a fun fact that hyacinth macaws only eat palm nuts when they pass through the digestive system of cows. They have a large-sized beak which is black in color. The beak is so hard, sharp and strong that it can crack a coconut.

Their reproductive period is between July and December. Being monogamous a single couple spends their entire lives together. Their vocals sound like “kraa”. This hyacinth macaw is often also called as the blue macaws.

Where Do Hyacinth Macaws Live

Hyacinth macaws are native to the wilds of South American. They are very common in Brazil. These hyacinth macaws live in different habitats which includes palm groves, cerrado and deciduous woodlands.

Hyacinth macaws usually prefer tropical rainforests, flooded grasslands and palm swamps. Majority of the population of these birds live in the Pantanal region of Brazil. Hyacinth macaws are near to extinction. Their number will be decreasing drastically in the upcoming years.

This cheerful bird has mind blowing characteristics. Their specified food list and beautiful physical appearance makes them the most unique macaw of the world. They are a great source of forestation. While eating they drop hundreds of seeds which grow into complete trees.

If you want to own a large sized, fancy bird pet then hyacinth macaws are the best pet birds you can have. These are destructive and loud in captivity. In order to cope with their attitude you need to be skilled and professional.

The tips and tricks in this article will help you for sure in understanding the diet plan, habitat and facts about the hyacinth macaw. After reading the article “What do hyacinth macaws eat?” all your confusions about what to feed a macaw will vanish. From now on you will be able to carry out all the chores of your pet bird on your own.