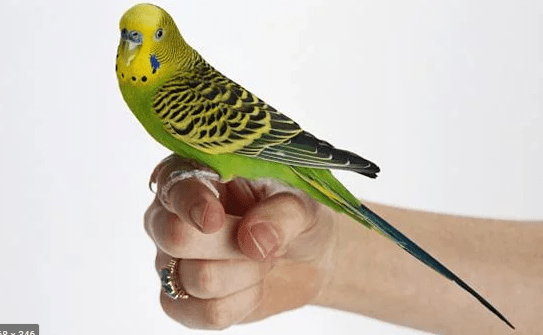 Do you want to be a professional parakeet`s store owner in the future? Are you excited to name a newly bought parakeet? In both cases, you must know the parakeet gender tests, to tell the gender of your bird. To know all this read the article, “How to tell parakeet gender?” So, let us begin.

The knowledge of the parakeet`s gender is very important for professional bird owners. They can put male and female parakeets together, to breed. So, they can produce more populations of parakeets.

All About Parakeets As Pets

How to Tell Parakeet Gender?

How to Tell Parakeet Gender?

How to tell parakeet gender? It is the most important question for bird’s breeding. Many factors can be used to determine the age of your parakeet.

One way is to look at the color of the cere also called a visual-sexing method. The waxy and fleshy skin bands are present above the nostrils, and at the base of the upper beak.

A female parakeet at maturity will have white, light blue, light tan, or light brown cere. These colors are very distinctive at 1-year age. When a female parakeet is ready to breed, her cere’s color changes to dark brown and has a flaky texture.

Female parakeets have light-colored ceres, however, males have dark-colored ceres. The male parakeets, having lutinos and albinos, do not change the color of their ceres at maturity. They keep their babyish pink ceres.

The male and female parakeets have different physical appearances called sexual dimorphism. Mature and healthy males are larger and heavier in weight than females.

When you place both male and female parakeets together side by side, you can easily differentiate the males with larger heads and greater strength, than females.

You can do parakeets sexing, by looking at their feathers. The males have more lively colored feathers than females.

DNA testing is the best parakeet gender test. The DNA testing can be done by taking the feather or eggshell of the parakeet.

How to Keep Parakeets Warm?

How to tell a parakeet age?

How to tell parakeet gender is closely linked to the parakeet’s age.One way to determine the age of the parakeet is to look at their irises. A baby parakeet keeps blue-black eyes till 4 months of age.

At the age of about eight months, their irises will get brown or dark grey color. A 1-year old parakeet will have dark grey or brown color irises.

The sex hormones of the parakeets will not only affect the cere and irises’ color but also affect the skin, legs, and feet.  When your parakeet reaches maturity, his age can be determined by the color of his legs and feet.

You can also tell the age, by looking at your parakeet`s forehead. At 3-4 months old, a parakeet molts for the first time.

If the stripes adorned from forehead to the back of its neck, then he is smaller than 3-4 months of age. It drops the stripes after the first molt.

What do you need to take care of a parakeet

How to tell the gender of a green parakeet?

The color of a parakeet is only the color variation of its feathers. The breeding of a yellow and a green parakeet gives a blue parakeet.

The color of the feather of the parakeet is decided by a mutated gene. A change at a single point on their DNA turns them blue.

The male parakeets have dark purple spots on their cheeks however, females have light purple spots.

However, the parakeet gender test is the same for all the parakeets, with any color of feathers.

Where Do Parakeets Come From?

How to tell if a baby parakeet is male or female?

The gender of a baby parakeet cannot be determined accurately, till a year age. It is because, till this age, the cere of both male and female parakeets are changing their colors.

The cere can be soft purple, tan, white, or bright pink. But the cere color cannot be the only factor to determine the gender of the parakeet, there are other ways too.

A male baby parakeet initially may have tan, pinkish, or blue cere. A baby female cere may get a whiter tone with tan appearing, however, it changes to tan or dark brown till maturity.

Leave all the colors and just focus on the white color around the nostrils. The baby will be female if there is white otherwise, he is a male.

When you put both babies; male and female parakeets together, then you may get a hint of their gender. I repeat, just a hint!

How to Take Care of Baby Parakeets?

How to tell the gender of a yellow parakeet?

The color of the feather of the parakeet is decided by a mutated gene. A change at a single point on their DNA, turns them blue.

The female will start laying eggs after breeding in the spring season. All the parakeets that cannot lay eggs are not males, however, there may be some other reasons for not laying eggs. By this method you can get a hint for further testing.

What do Parakeets Eat in the Wild?